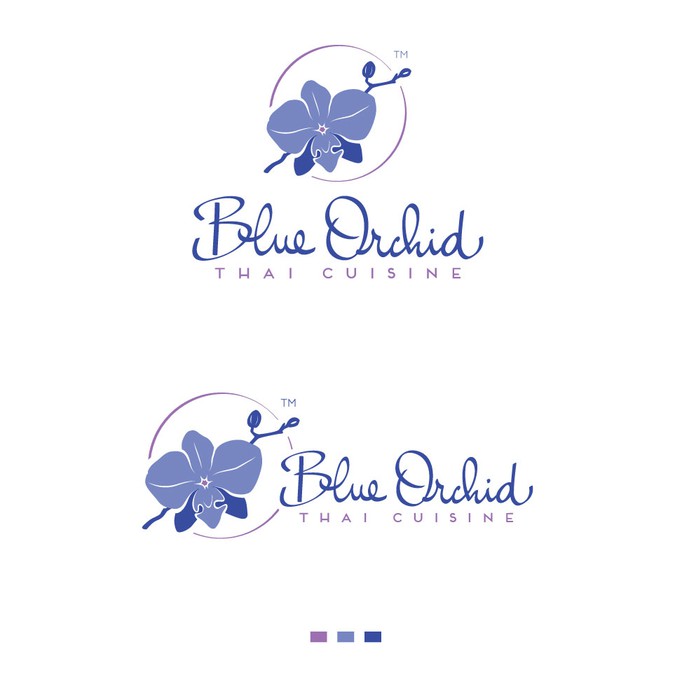 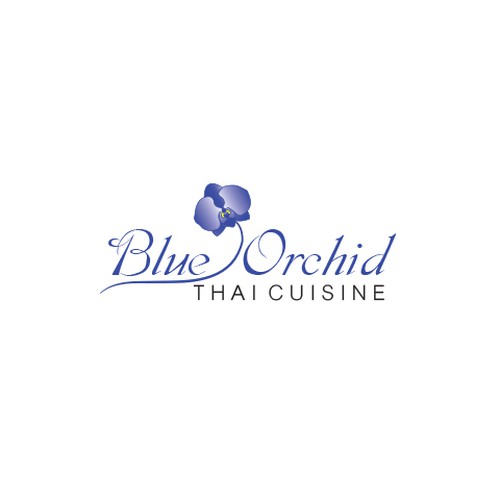 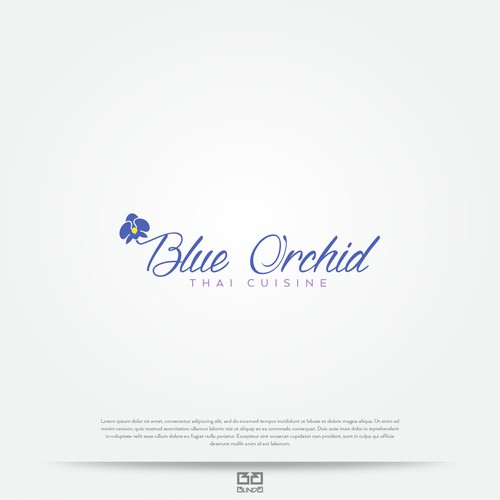 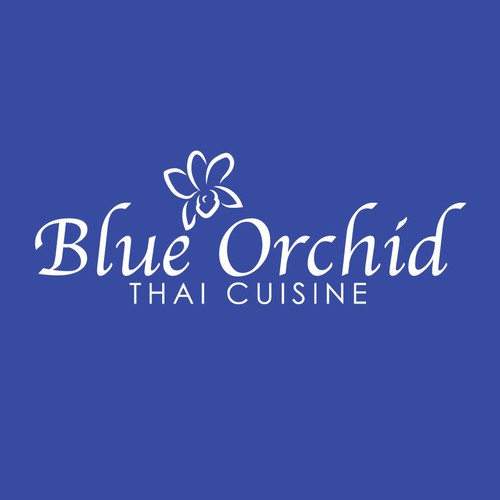 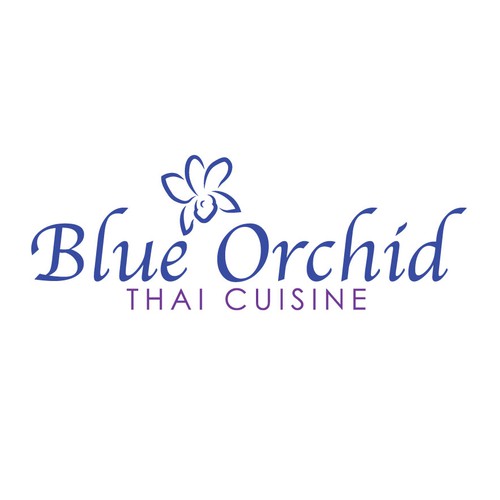 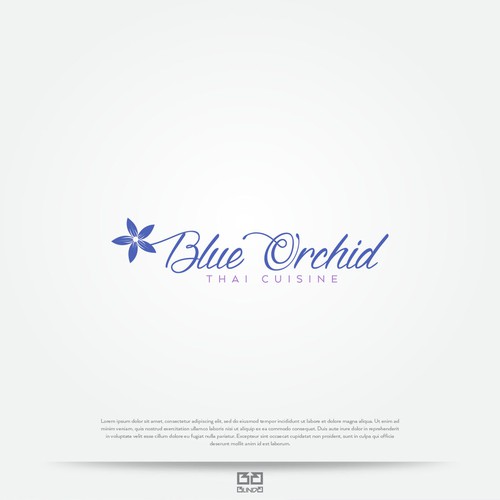 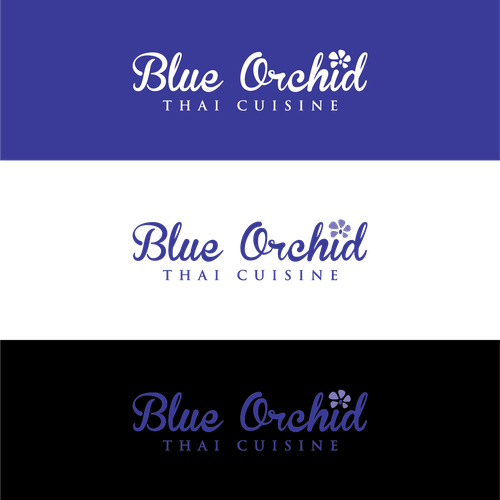 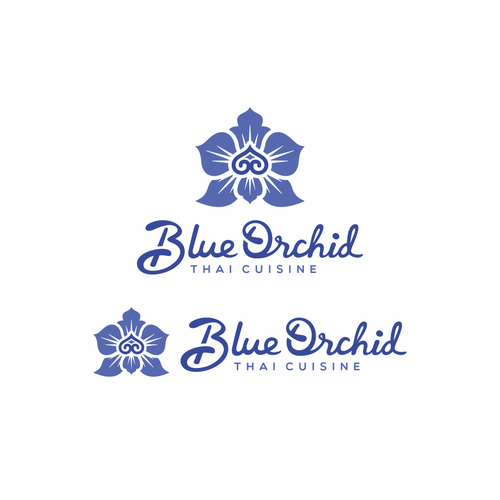 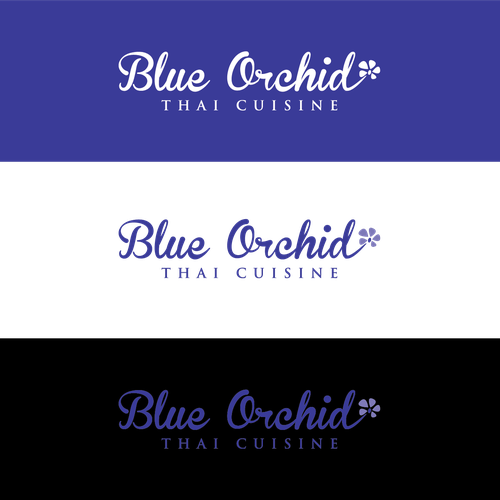 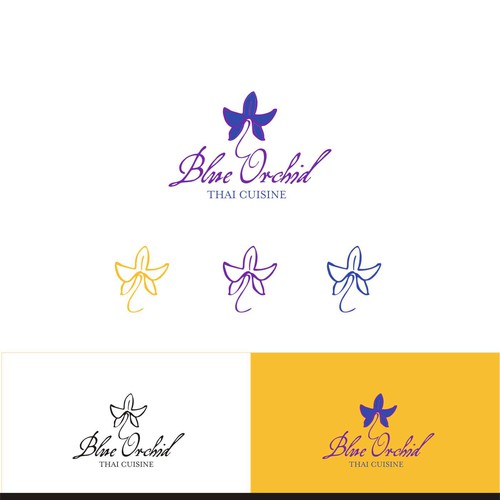 Uses 1-3 colors from our palette (http://www.paletton.com/#uid)

LOGO RULES
• No gradients, shadows, or 3D effects
• Uses 1-3 colors from our palette
• Presentable in one color as black on white
• Presentable in one color as white on black
• Has a blue orchid in the design
• Is relatively simple, easy to embroider, not expensive to make for signage
• Must be easily legible
• Must scale well and be readable in small sizes
• Is artistically balanced, preventing any one area from dominating the image
• Must be provided in vector formatting.
• No stock or publicly available artwork
• A tiny TM symbol must be included to protect the image

DESCRIPTION OF WHAT WE WANT
• A stand alone logo saying "Blue Orchid" that contains a blue orchid-flower incorporated somehow, such as in the dot of the "i" or to the left of the "B", but not necessarily so.
• Both words on a single line.
• The font should be artistic, earthy, and intimate. Nothing plain, sharp, excessively curly, difficult to read, or too complicated.
• It would be nice if the orchid was distinct, yet simple so that it could stand on its own and be recognizable as a part of our brand, such as the way the Nike swoosh does. This orchid-only image might, for example, be stitched onto napkins, etched into glasses, or burned into the backs of our chairs.
• We also want a slightly modified, second version of the logo that includes the words THAI CUISINE in all caps underneath "Blue Orchid." These words should be understated in comparison to the Blue Orchid logo, and they should be stretched to approximately take the same space left to right but be considerably shorter. This secondary font should be very simple and not embellished in any way.
• All images should be provided with and without the TM symbol.