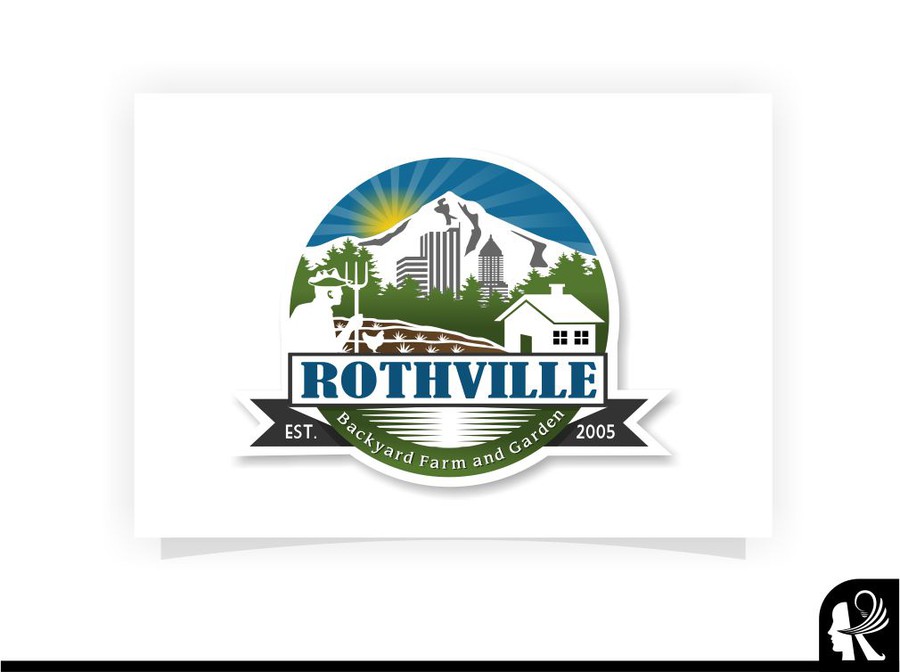 Create the next logo for Rothville 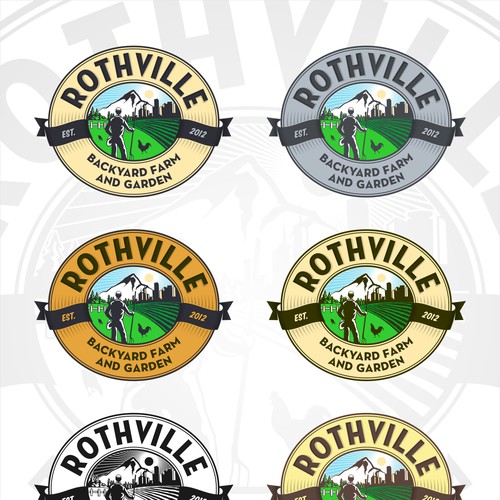 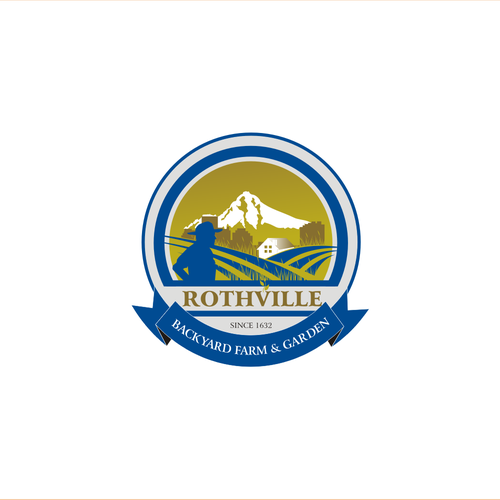 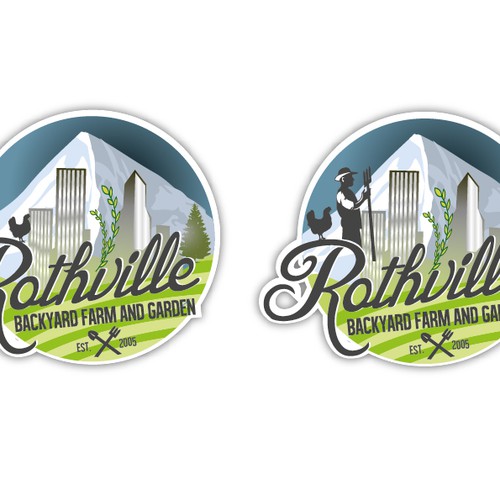 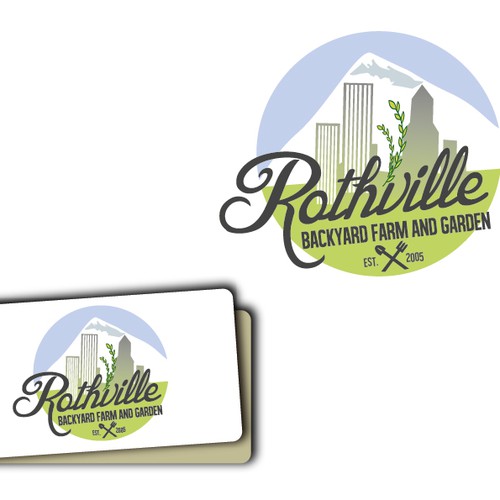 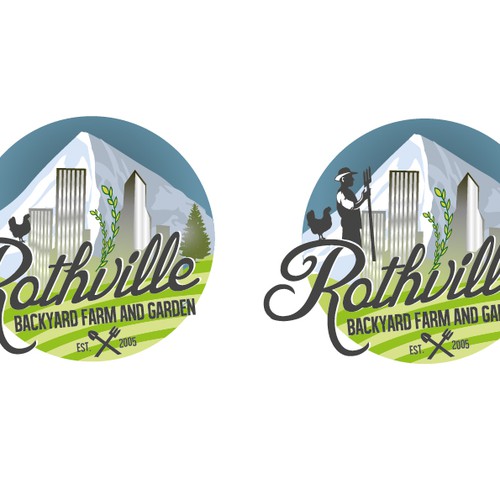 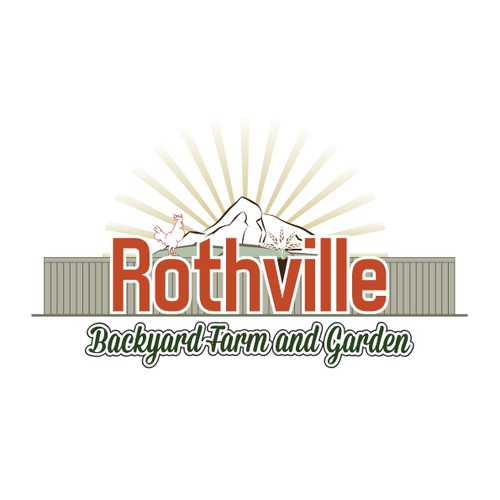 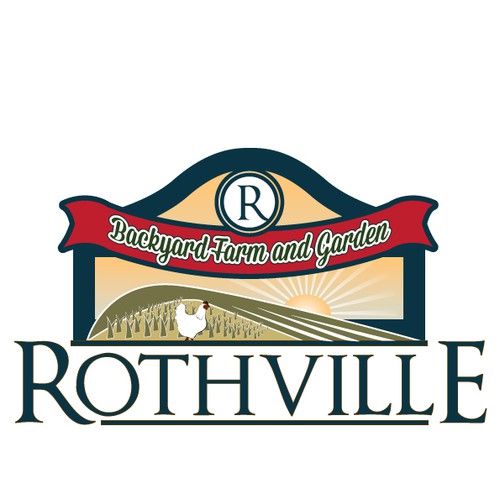 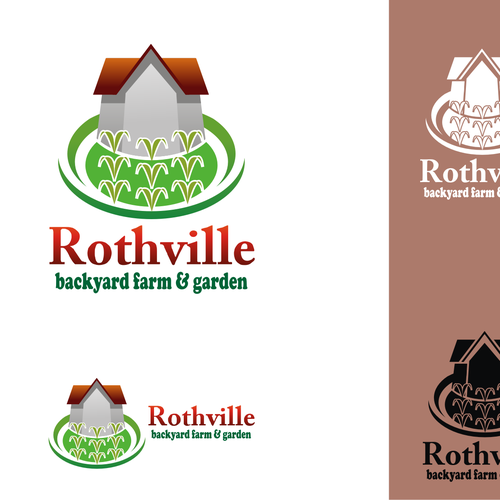 I have a large yard just outside of Portland, OR, USA. I am in the process of turing this property in to an URBAN FARM. I intend to show people that with a small amount of land and some hard work you can grow your own food. We will have chickens, eggs, and vegetables like tomatos and peppers.

My customers will be very local. such as those in my neighborhood as well as close restaurants.

I am trying to convey local, homegrown, self sufficiency, delicious food.

I'd like a logo that can be a sign out front, used on a web site, on the side of my truck, on my packaging, etc.

Initially production is focused eggs, and vegetables. Eventually will come aquaponic fish production. a logo that can be parlayed in to production segments would be useful.. for example, a plant coming out of the V symbolizing veggies in a pot, but perhaps a later version shows a fish jumping out of the V. Realizing I am looking to create one logo now, but something that could be variant later..

Notes: We have seen some designs that incorporate a mountain in the background (symbolic of portland), and I like this idea, but I dont think we are getting the fact that this is a "FARM IN THE CITY/SUBURNS"..

I really want something that says "Urban farm"..

Thank you for all that are participating!

You can see what I came up with my self on the facebook page I have started: https://www.facebook.com/Rothville In addition to the farming, I brew beer, so the logo could possibly be used on labels.

An agricultural biotechnology laboratory
$355
We are an Agricultural biotechnology laboratory producing plants using tissue culture propagation technique. We sell the
64
entries
10
diseñadores
Grateful Beginnings Farm
17.099 MX$
We are a hemp farm that sells smokeable hemp flowers and hemp products. We are targeting 60% men and 40% women from the
147
entries
41
Designer
Organic mussel/shellfish design to appeal to high end restaurants
239 £
We have a Fish company called Whitfish and already have a logo - but we need a new more classic design for our shellfish
115
entries
33
designer
Charm at the Farm / Boutique,Balance of masculine & Feminine Logo.Imagine sippin maple bourbon in co
299 US$
This farm & sanctuary is on the edge of a massive new high end development. Back to the land Organic Farm, Education, N
58
entries
11
designers
Artificial Intelligence in Agriculture
$299
Artificial Intelligence system for Detection of Plant Stress and Classification of Plant Diseases.
63
entries
23
デザイナー数
Opportunity to build brand logo in agriculture industry!
399 CA$
Name: Crop Weekly (logo can be Crop Weekly, CropWeekly, CW if it works) Description: A new crop progress report for t
84
entries
11
Designer

今すぐ始める
Logo for a family farm that grows specialty cut flowers & foliage
US$ 299
Cut flower farm that sells at farmer's markets, to florists and also do wedding floral design. Our target audience is m
69
entries
25
designers
Logo for Agribusiness
USD 299
Our company is a custom service company and we provide spraying and fertilizer application to farmers in Northwest Minne
44
entries
16
designer
We need a powerful logo for our 100% pure Island Honey
AUD 399
We are the only Commercial honey producer on the small island of Norfolk Island. The flavour of the honey is as unique a
65
entries
9
diseñadores
Ranch Logo
US$ 299
29
entries
9
designers
Visiongreen Landscape 2
US$ 299
Landscape, lawn care, land care
61
entries
13
designers
Design a Professional Ad for Warranty Processing Services
US$ 199
Warranty Processing Services specializes in warranty claims for dealerships. See attached word document for more informa
15
entries
7
designers