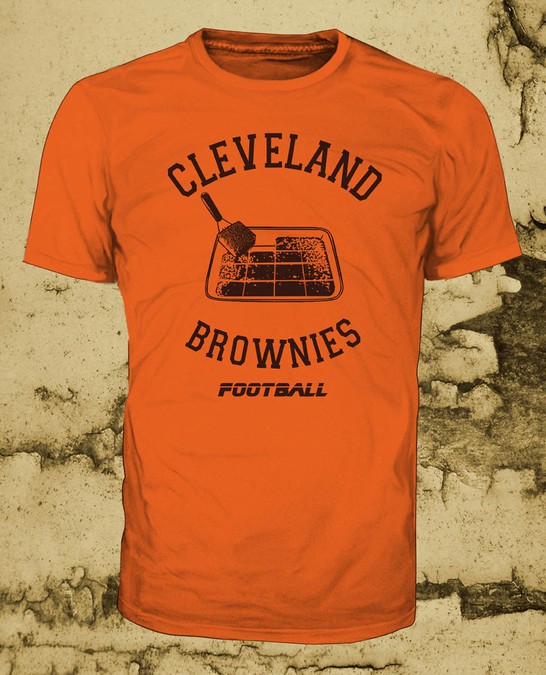 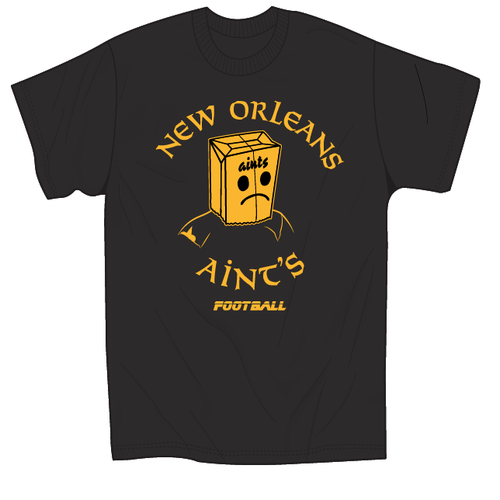 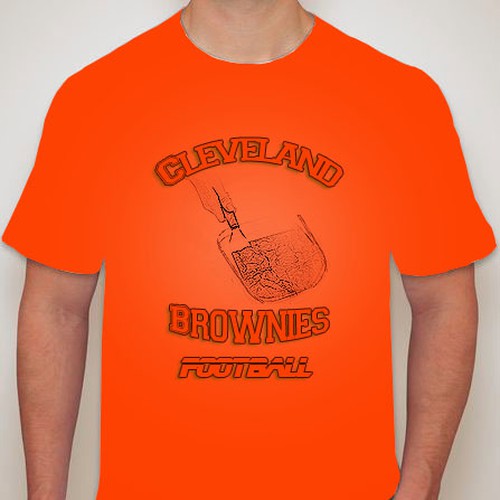 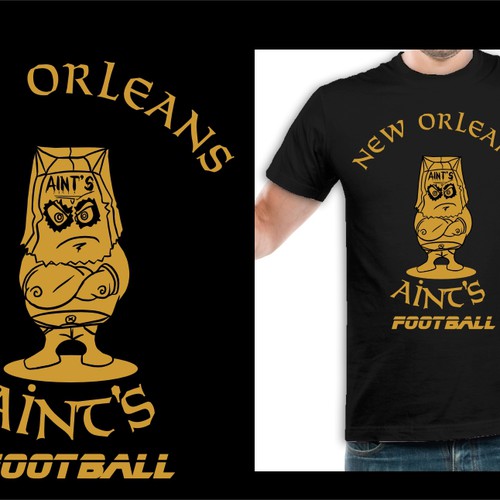 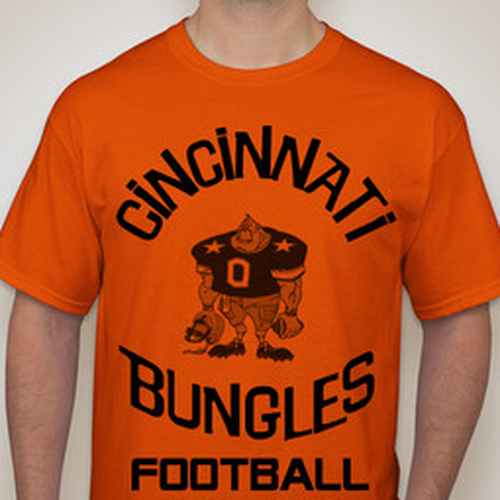 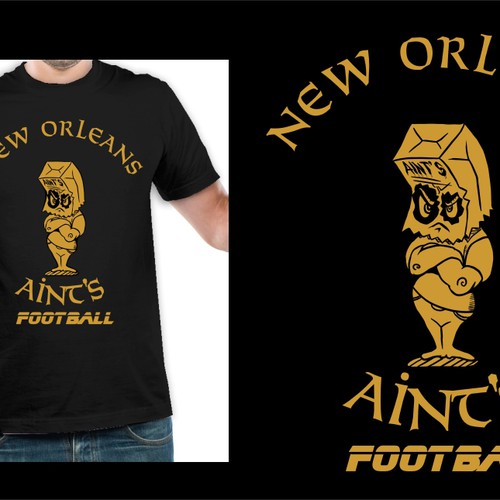 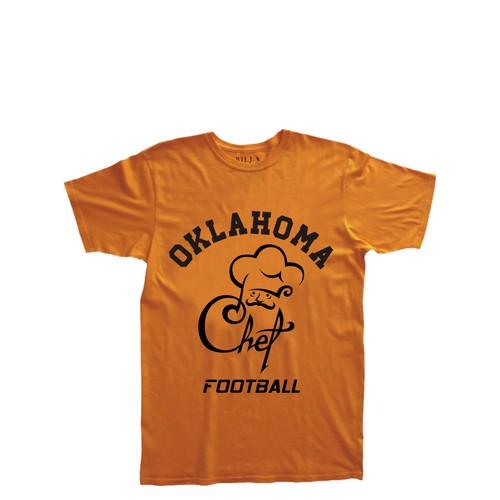 We sell t-shirts for lovably-disappointing sports teams with their unofficial nicknames, plus a cartoon image relating to it (i.e. Cincinnati Bungles, Kansas City Chefs, etc).

I'd like three designs done, similar to the image below, but for different teams.

The first one will say "New Orleans" rounded across the top, "Aint's" rounded across the bottom, and "Football" in a different font below The font for "New Orleans Aint's" should be Solemnity, the Saints font (found here: http://www.fontage.com/sportsteams.html). The font for "Football" should be similar to the word "Football" in the image attached, which is called Bladerunner. In the middle will be a sketch of a fan with a paper bag over his head, with AINTS above his eye holes and frown.

The shirt should be black with the letters and sketch in gold.

The next shirt will say "Cleveland" rounded across the top, "Brownies" rounded across the bottom, and "Football" in Bladerunner font below. The font for "Cleveland Brownies" should be close to their actual font - Varsity would probably work, or you can try something online (http://new.myfonts.com/fonts/nicksf…-nf/serif/). In the middle should be a sketch of a spatula scooping brownies out of a pan, similar to the image I've attached here.

The shirt should be orange with the letters and sketch in brown.

The final shirt will say "Cincinnati" rounded across the top, "Bungles" rounded across the bottom, and "Football" in Bladerunner font below. The font for "Cincinnati Bungles" should be close to their actual font, or similar to Varsity. In the middle should be a sketch of a football player fumbling the ball (or otherwise making a blunder). I considered using the image attached called "bungles" - feel free to be creative with that as a reference point (doesn't need to be an old-timey player though).

The shirt should be orange with the letters and sketch in black.